by We Lost The Sea 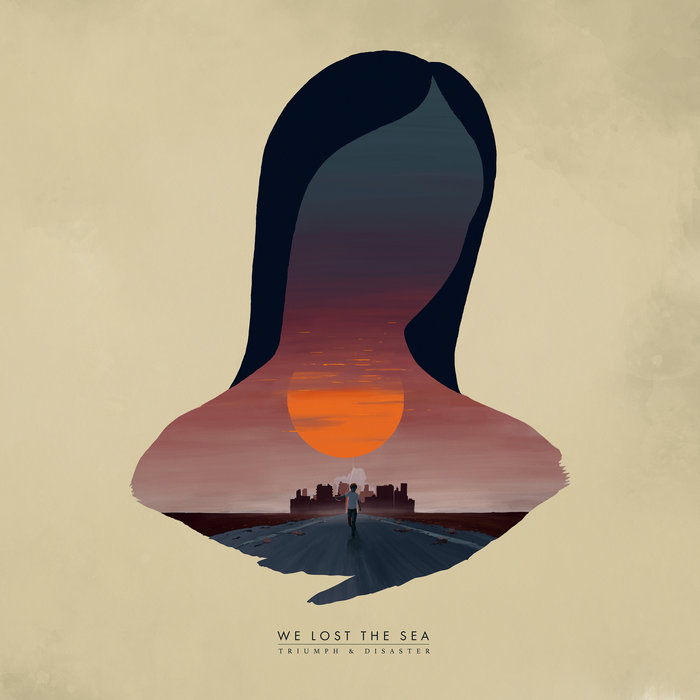 Andie Gill "Triumph & Disaster" is a perfect album. little else needs to be said :-)

Emperor of the Underground of Doom..

Triumph & Disaster is a post-apocalyptic view on the collapse of the world told like a children’s story and illustrated through the eyes of a mother and her son as they spend one last day on Earth. In this album we try to talk about themes and events such as the climate crisis, over consumption, isolation, and the loss of love and trust. It is a lament for our planet, all of us on it and the beauty we will leave behind.

The music is the narrative for the destruction and tragedy. The words tell the story of love, loss and letting go.

Moving on from Departure Songs
Departure Songs was such a monumental album for us, even though it was born out of a horrible event, it had a far further reach and success than we possibly dreamed. This duality and bittersweet feeling was with us the entire of the last album cycle and we wanted to change that this time round. We wanted to write an album that was truly of ourselves and not one that we felt pressured to write due to people enjoying the last or as some ongoing memorial.

We wanted to intentionally inject a message into this album through our music, art and narrative that deals with big issues and bleak themes. While the climate crisis apocalypse is possibly falling on tired ears, it is such a massive part of the ever shifting cultural zeitgeist of modern times that is hard to ignore. This album is a sad love letter about the planet, our children and their children, and hopefully, a call to arms. Instead of leaning on facts and figures we wanted to reach out and deliver our message in bleak but kind way that only art can transcend. The children’s book idea allowed us to reduce these huge topics into simpler forms, perhaps how a child would look up and view the world through their eyes.

We Lost The Sea Sydney, Australia

We Lost The Sea are an instrumental band from Sydney Australia.

We Lost The Sea recommends:

Bandcamp Daily  your guide to the world of Bandcamp